Here we have the teaser for the IV Edition of the festival, which will take place from October 28 to 31 at the Auditori Germanies in Manises.

We present the 2019 trailer

Manises will continue to host the international short film festival of fantastic cinema, which has a lot of exclusive premieres.

As LaButaca advanced, we already have the official selection of Maniatic 2019. In a short time you could check it on our website. Meanhile we invite you to read the article published by La Butaca about the short films you will find into Maniatic 2019.

We continue with the interviews conducted recorded during the second edition of Maniatic.

From this week we offer the interviews we did to the guests of this 2018 Maniatic.

We are going to start with the interview we did with Marisa Crespo and Moisés Romera, both directors of the short film “9 Pasos” that this Saturday will be on competition for the best short film award at the Spanish Goya Cinema Awards.

Break a leg this Saturday! 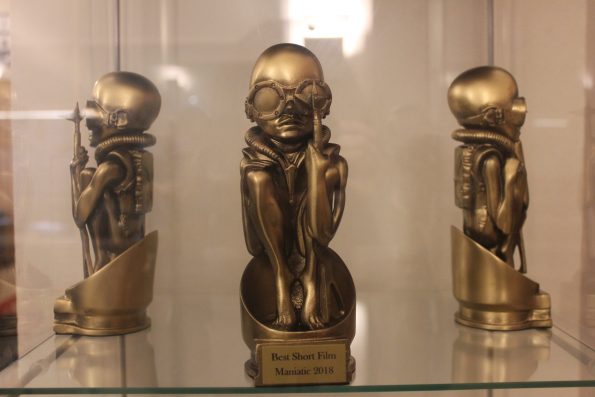 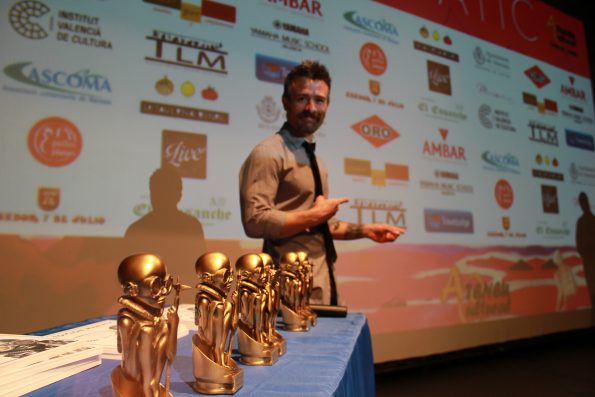 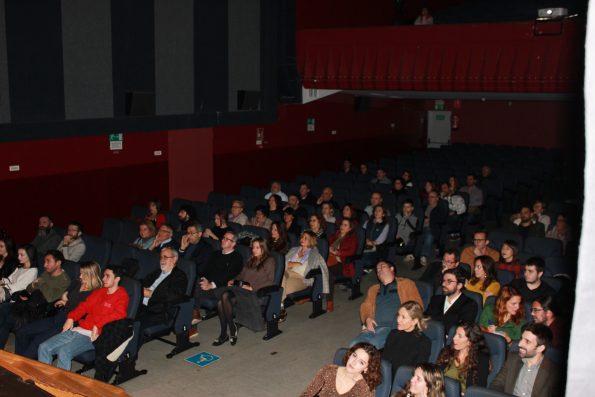 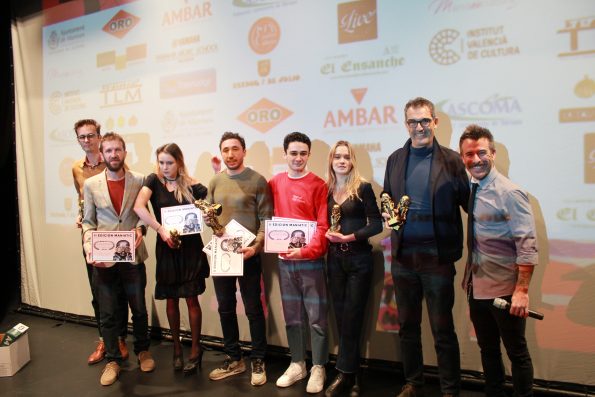 The Cultural Association Ateneu Cultural Ciutat de Manises has opened the call to participate in the second edition of Maniatic 2018 international fantastic film festival of Manises to be held between November 20 and 23 in the Germanies auditorium.

The festival was born with a clear intention: to support the new talents of national and international fantastic cinema. For this he ran for his first edition as in the first fantastic film festival that pays for selection. In this second edition all works selected in the official section will charge a payment of 100 euros in concept of exhibition rights.

In addition, there will be a cash prize of € 1000 for the best short film. For its part, the Commerce Association of Manises ASCOMA, sponsors the public prize consisting of € 500. In turn, different trophies will be awarded to the best director, best actor, best actress, script, cinematography, sound, special jury prize and best FX.

This project has the collaboration of the Department of Culture, the City of Manises and the Valencian Institute of Cinematography (IVAC). In this second edition, the festival has added a non-competitive section of children’s animation short films; In addition, all the participating works will have a double subtitle in Valencian and Spanish.

Directors, producers and distributors who want to register their works in this edition of the festival can do so on the platforms Movibeta, Clicksforfestivals, Festhome and Filmfreeway.

Maniatic second edition is here. The first Spanish fantastic film festival with payments for exhibition. If you have a genre shortfilm do not hesitate and sign up. Apart of cash prizes, if you are selected (in the official section) you will get 100€ per exhibition.

You have until september 30th. 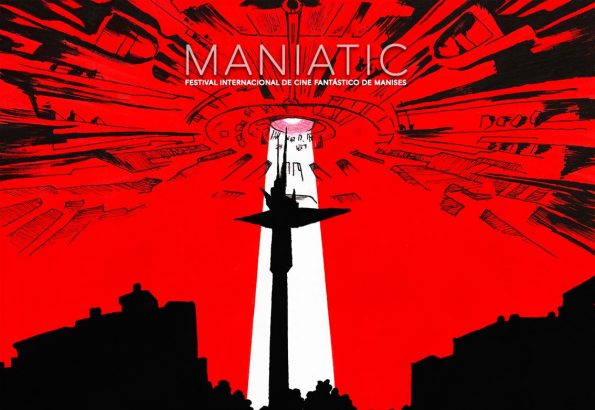 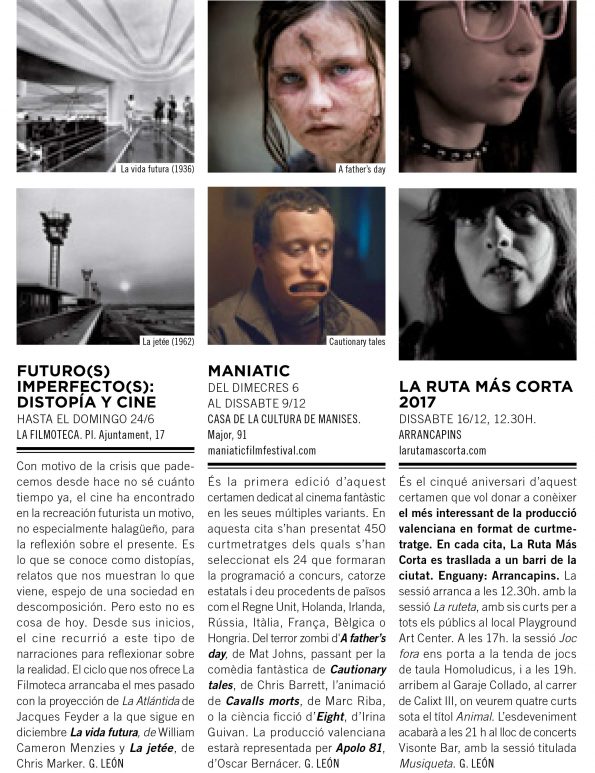